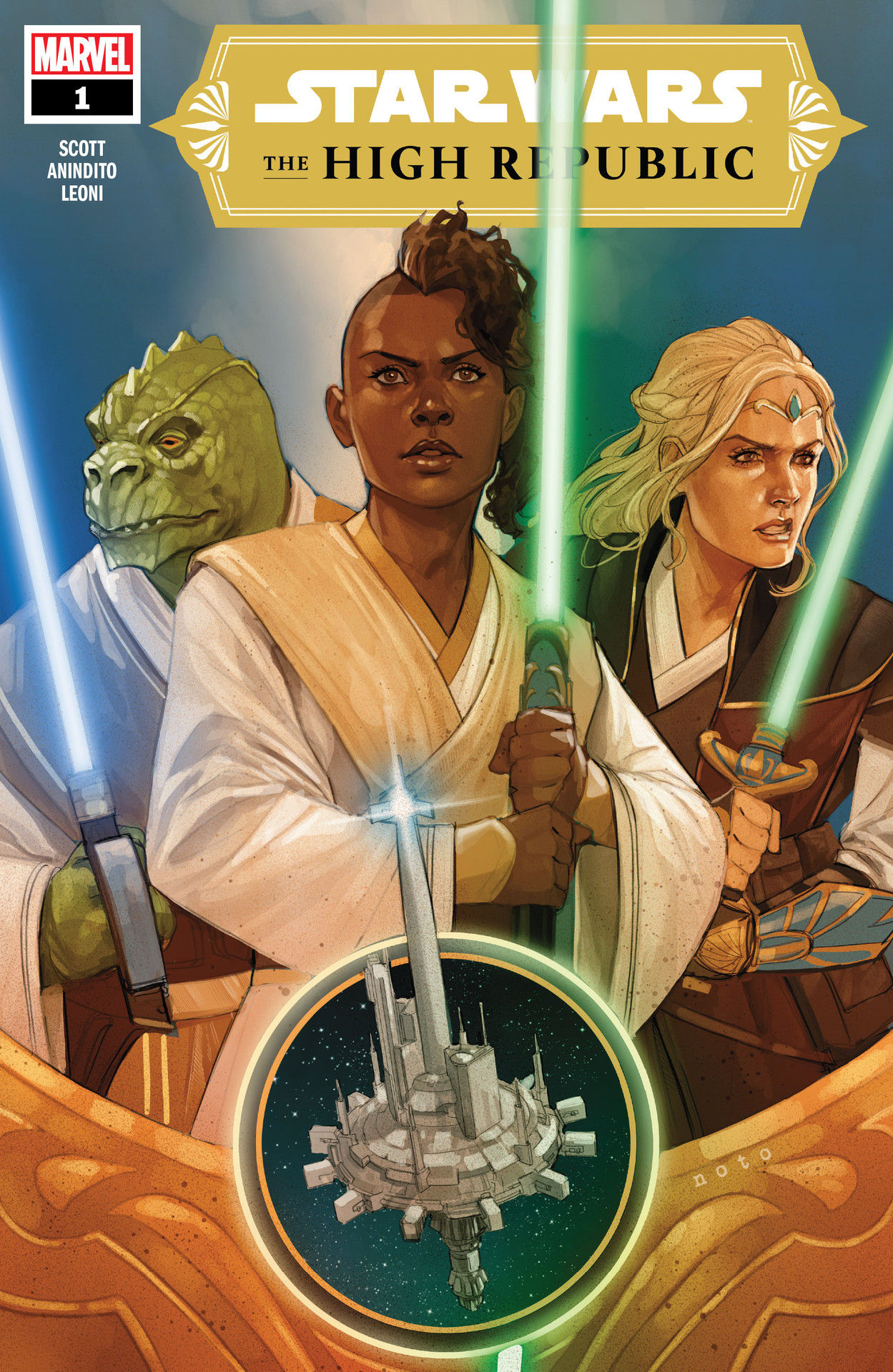 Disney has just launched its new timeline for the Star Wars universe, The High Republic, which takes place 200 years before The Phantom Menace. To open up this timeline several books and comics will be released in 2021. Star Wars: Light of the Jedi, Star Wars: A Test of Courage and the Star Wars: High Republic comic have already been released with a million more well on the way (Yes, I just used an episode 2 meme).

I am yet to read the novels, but I must say the new comic Star Wars: The High Republic has piqued my interest in the timeline. The comic takes place in the outer rim and focuses on the human Jedi Padawan, Keeve Trennis and her Trandoshan master Sskeer. From my knowledge there are no Trandoshan Jedi and it makes me wonder how he became a Jedi since it has been seen in the Clone Wars TV series of Trandoshans hunting Jedi for sport. Regardless, Keeve is almost ready for her knighting, but she still has a lot of work ahead of her before she is to become a proper Jedi, which includes patience and not cursing so much. This first comic just gives us a taste of all the characters and just sets the stage for the coming conflict in the story.

I am extremely excited for the new timeline and I hope Disney is able to pull off a new story that is compelling and vastly different from the repeated use of planet size destroying ships.

The High Republic opens the doors for Disney to take a new approach to the Star Wars universe by introducing brand new characters, conflicts, and new ideologies and philosophies regarding the force. This allows us to glimpse into the past and witness how the Jedi and the Sith have changed to what we see in the Skywalker saga. However, the High Republic also has the potential to have some memorable characters who are also present or play a role in the main Star Wars saga. Yoda, Chewbacca and Darth Tenebrous, the master of Darth Plagueis, are just some of the characters who we could potentially see in this timeline. The High Republic timeline despite being far in the past in regards to the movie must still show connections and direction towards the Skywalker saga or this timeline will not really make any logical sense or seem disconnected due to characters being in both timelines. This will be the true test to see if Disney is able to give us something fresh and new but it still makes chronological sense in regards to the movies. I am extremely excited for the new timeline and I hope Disney is able to pull off a new story that is compelling and vastly different from the repeated use of planet size destroying ships.

As an Amazon Associate I earn from qualifying purchases.